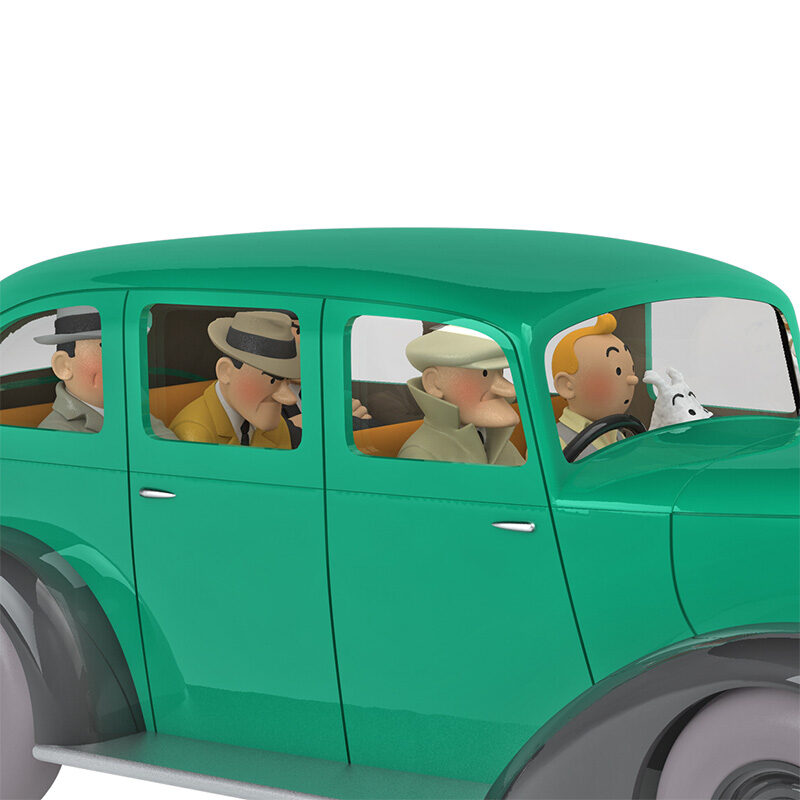 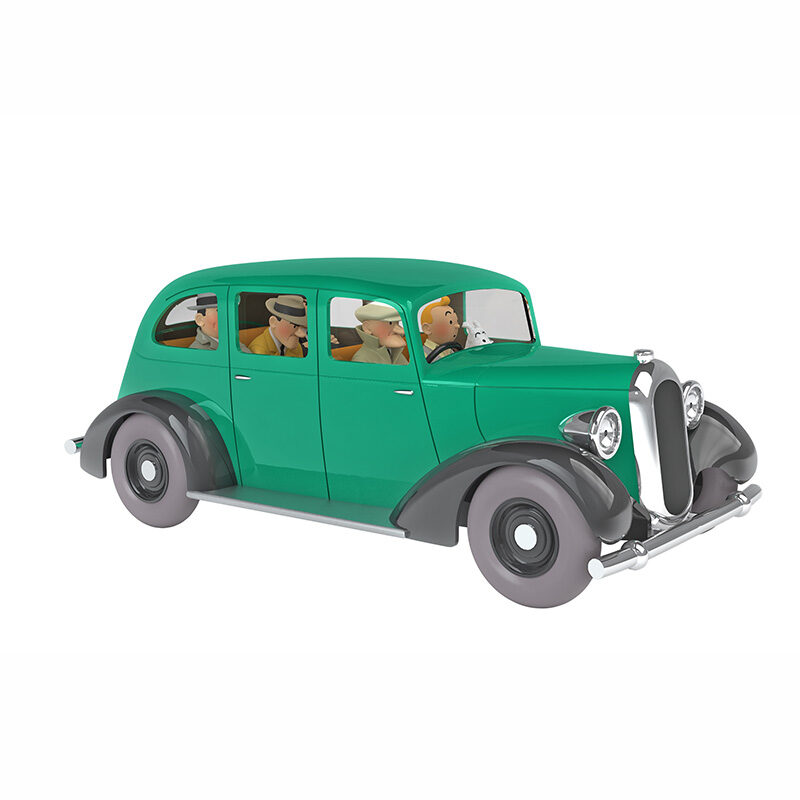 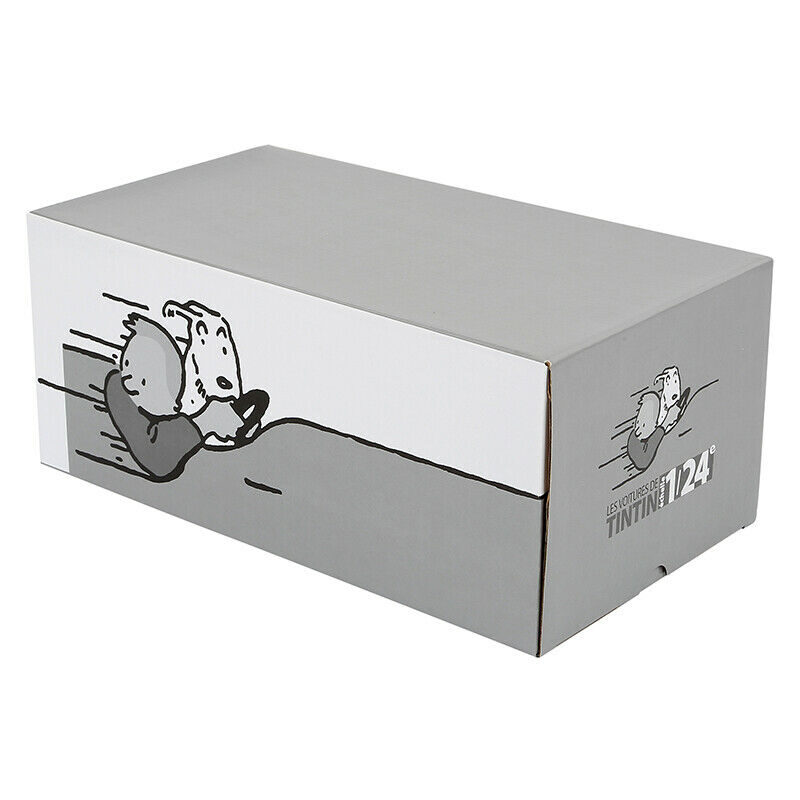 USD 99.99
Add to cart
Fake police car - Tintin in America (1945)   Tintin captures the gangster by setting up a clever trap in his hotel room. Tintin telephones for police back up. He then accompanies the two (fake) detectives with the gangster to the local police station to help with formalities ... The police car that we can see driving through the streets of Chicago seems to be a four-door sedan produced by the American manufacturer Graham from 1935. It is called "Six" due to the six cylinders which make up the engine.

In 2008 Moulinsart created a range of diecast 1/43 scale model cars, their collaborator then was Editions Atlas. All seventy of the models came from the adventures of Tintin. Hergé’s evident love of cars, well actually all vehicles, real or imagined, came to life in this product range.

It is presented in a clear Perspex case.

A booklet, in French and English, accompanies the car providing detailed information about the vehicle that inspired Hergé, and the creation of the Tintin in America adventure and much more!